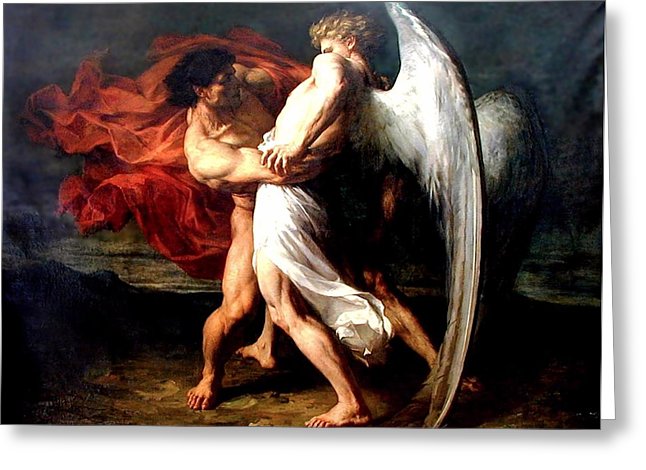 This week’s Biblical portion is punctuated by narratives of name changes. Jacob’s name is changed to Israel not only once, but twice, and Jacob/Israel himself changes the name of his youngest son from Ben-oni to Ben-yamin:

“ Then he [Jacob’s divine antagonist] said, “Let me go, for dawn is breaking.” But he [Jacob] answered, “I will not let you go, unless you bless me.” Said the other, “What is your name?” He replied, “Jacob.” Said he: Your name shall no longer be Jacob, but Israel, for you have striven with beings divine and human, and have prevailed.” (Genesis 32:27-29)

“ God appeared again to Jacob on his arrival from Paddan-aram, and blessed him. God said to him, “You whose name is Jacob: You shall be called Jacob no more, but Israel shall be your name.” (Genesis 35:9-10)

“…Rachel was in childbirth, and she had hard labor. But as she breathed her last—for she was dying—she named him Ben-Oni; but his father called him Benjamin.” (Genesis 35:15-16)

How are we to understand the significance of these narratives? Our contemporary instances of name changes aren’t a good platform of understanding. We are familiar with brides taking their groom’s family name, brides and grooms together taking a new, shared family name, immigrants altering their last name to fit more smoothly in American society, and immigrants to the Land or the State of Israel Hebraizing their names (Eisen = Barzilay, Panitz = Bar Adon,, etc.) But something else is going on in the Bible. The name change in these biblical stories indicates a change of essence, or perhaps of destiny.

The simplest case is Benjamin. In her despair, the dying mother, Rachel, calls her son “the son of my grief.” The father amends that to “son of the right hand”. That may have the nuance, “son of good fortune,” in which case it is an example of saying something good to avert the bad luck aspect of a negative name. After all, wouldn’t you rather be named “Dexter” rather than “Sinister”—apologies to Lefties! These are old anti-Left- handed prejudices, not my own. As another possibility—the idea that the name “Ben yamin” means “auspicious son” may be a secondary reflection. The original sense of “Benjamin” might have been “those who dwell on the right-hand side”, meaning the south, because forward in Biblical Hebrew geography is facing eastwards. The tribe of Benjamin settled more or less in the center of the Land of Israel during early, tribal days, so perhaps the name reflects a perspective emanating from further North in the country.

In the case of Jacob becoming Israel, the fact that there are two, differing narratives gives us much food for thought. The context of Jacob’s name change differs from one account to the other. In the first one, Jacob is wrestling with an angel, the externalization of his guilty conscience, during the night before his encounter with his brother Esau. He had behaved poorly towards Esau earlier on, and he had much to ponder, much to fear, during that dark night of the soul. He emerged from the strange wrestling match blessed and yet diminished. He limped ever after. Our mistakes do hobble us, and yet we can—sometimes—learn from them and alter our basic way of progressing through life, so that we can ultimately become better people.

In the second Jacob/Israel name change story, the context of the narrative was Jacob telling his household to put away the idols that they had been revering. He gathered those objects of alien worship and buried them ceremoniously. Perhaps his name change in this instance is a confirmation that he had finally emerged as a true follower of the God of his fathers.

Despite the differences of nuance, there is a common feature in both instances. “Israel” is a sign that the bearer of the name “Jacob” has grown in the course of his life. The name “Israel” reflects the new spiritual potential in his life. Will he live up to that promise? As we know, he will fail and he will succeed, in turn. That is life.

But some people never even grow. They become older but not wiser. Jacob becoming Israel is a lesson to which we can—and to which we must—aspire.