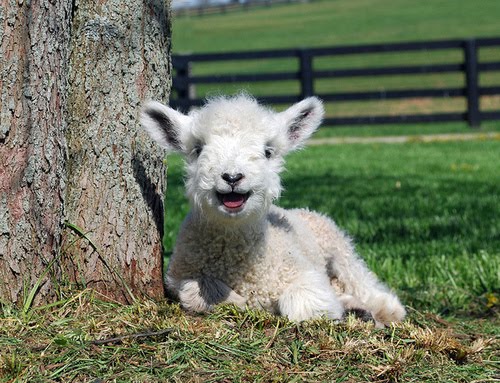 Even the first handful of statements people make about Judaism includes reference to our dietary commandments: Don’t eat this or that; don’t eat those foods in combination. Our oldest written sources—various passages in the several books of the Bible—give us rules, not theories. As a result, theorists continue to have a field day asserting what can never be proven, namely, why our religion commands us to discriminate among various possible food sources.

Let’s have a fresh look. This time, let’s arrange our material chronologically.

The oldest evidence is archaeological, not literary. Excavations of sites known to have been inhabited by Israelites way back in early Biblical times—3,000 years ago—yield the bones of animals that we call kosher, and a total absence of bones of other animals known to have been consumed by Israel’s neighbors. For instance, the site of the Israelite fortress overlooking the valley of Ela, the site of the confrontation between David and Goliath, contains the bones of goats, sheep and cattle, but no pig bones. On the other hand, Canaanite and Philistine sites do contain pig bones, attesting to the different patterns of consumption in those two societies…. And this is before the written documents of our Bible reached any familiar form.

The corollary of this conclusion is that the Bible reflects a period of thinking—and probably, rethinking—about a long-existing practice.

This week, we are continuing our annual rereading of the Book of Leviticus. We are up to the 11th chapter, containing that book’s restatement of the dietary code.

What new insight can we gain from thinking about Leviticus as a reinterpretation of an existing practice?

Levtticus, we believe, was a book that had a very long period of composition. Its final edition may well have been redacted during the Babylonian Exile. At that time, the priestly authors/ compilers/ editors of the book had a very important task of reconstruction. The Israelite and the Judean states had been destroyed. The people were languishing in exile. Doubtless, many had defected. But the loyal remnant who still believed that God was their God embarked on a program of national reconstruction, confident that God would yet redeem them from their captivity once they had demonstrated renewed loyalty to the covenant. Leviticus reflects that hope and states it explicitly in its closing chapters.

From this perspective, we can understand what “kosher” meant to the authors of this Biblical book: God is holy. God is the one God and is therefore the God of the entire world; but is also, in a special sense, our particular God. We can relate to God if we preserve the traditions of holiness.

This informs the presentation of dietary laws by the priestly authors. God told all humans to abstain from consuming blood. Jews are included in that general prohibition. But God also gave Jews a more comprehensive covenant at Sinai, and fidelity to that covenant makes us holy, distinguished, and worthy to be God’s people. In that more comprehensive relationship, we experience life as a series of hierarchies. The Israelites are the largest community, and a subset is Levites, a smaller subset, the priests, and the smallest group is a group of one, the High Priest. In spatial terms, the remembered community of Israel was a camp, and at its center, a Tabernacle, and in its own center, a Most Holy space. In those days, the people worshipped God by offering animal sacrifices in that consecrated space.

Here is the key: kosher animals, i.e. animals that are fit to be consumed, are also the animals that are fit to be sacrificed. Our meat consumption was not secular, in the reconstructed world of Leviticus. All meat consumption by Israelites was part of the korban shelamim offering (sacrifice of well-being). It would have been a rare occurrence. But the main point is that it was a religious act.

For the authors of Leviticus, keeping kosher was not simply a badge of out ethnicity, as distinguished from the ethnicity of the Philistines or Canaanites. It was a ritual to make tangible the religious implications of that difference. We worshipped the one God, the source of ethical and spiritual as well as ceremonial standards designed to ennoble life and create a radically free society.

That’s a thought to chew on!