THANK YOU, GOD, CREATOR OF THE MOON 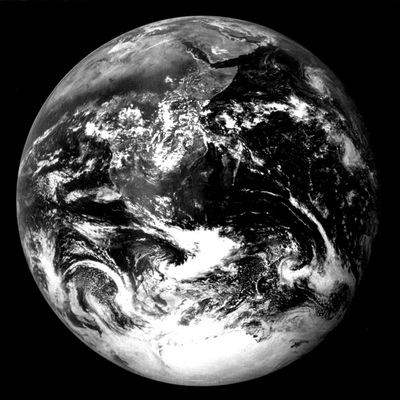 Reading the many reflections on the 50th anniversary of the first manned lunar landings, I have seen three recurring themes: 1) a wave of personal nostalgia-- where was I at that moment? 2) a lament that we don't seem to have the "right stuff" today to frame and achieve such lofty goals; 3) a reminder that the image of the earth taken from lunar orbit-- the first image of the "pale blue dot" in its entirety-- was a powerful boon to the then-nascent and now-flagging environmental protection movement, coupled with a plea to redouble our effects to protect the earth's collapsing human-friendly environment from our own greed and folly.

All three of these themes are worth exploring, and the third one is truly urgent. But I would like to add a different perspective.

When I studied astronomy in college, among the intriguing facts presented was the observation that, alone in our solar system, the earth-moon system is most nearly a double planet. In other words, all the other planets and their moons differ in size by many orders of magnitude. Only in our case are the planet and its moon of roughly comparable size.

This is not merely a random, if interesting, factoid, because it has a most significant consequence. The relatively large size of the moon most probably means that it has absorbed large numbers of the truly shattering impacts that would, in its absence, have altered the life history of the earth. One look at the heavily cratered surface of the moon corroborates this sober realization. As it is, one that got through the lunar shield is responsible for humans, and not dinosaurs, being the dominant life form on earth today. Without that shield, the apex of life might have been the cockroach, or even some life form much, much simpler than that marvel of resilience and engineering.

Whatever your theology: whether the presence of the moon and its contribution to our existence is essentially a coincidence, or if you chalk it up to the "anthropic principle"-- it had a non-zero probability of occuring, so given a large enough sample size, it was going to happen somewhere, and therefore we are the ones thinking these thoughts-- or whether you attribute it to the Creative, Divine Intelligence, the fact of our moon's existence ought to lead to the same conclusion: gratitude. The moon is up in the sky, and so we are here. That's a foundational fact of our lives... how can we so steadfastly ignore it?

With the renewed focus on our lunar neighbor, let's seize this moment to feel the gratitude for our world and for our lives. And let's cultivate the behavioral consequences of gratitude. Thanks to the moon, ours is a world able to sustain people who can write Psalms. So why should we allow our most petty and selfish versions of ourselves to dominate who we are? Instead, let's live our lives in such a way as to be an "Amen" to these words: "The heavens declare the glory of God; the Firmanent, God's handiwork"--- " To the One Who creates the great celestial lights: God's goodness endures forever"--- "As for us, we shall bless God, now and forever."