Three Meditations on the Winter Solstice 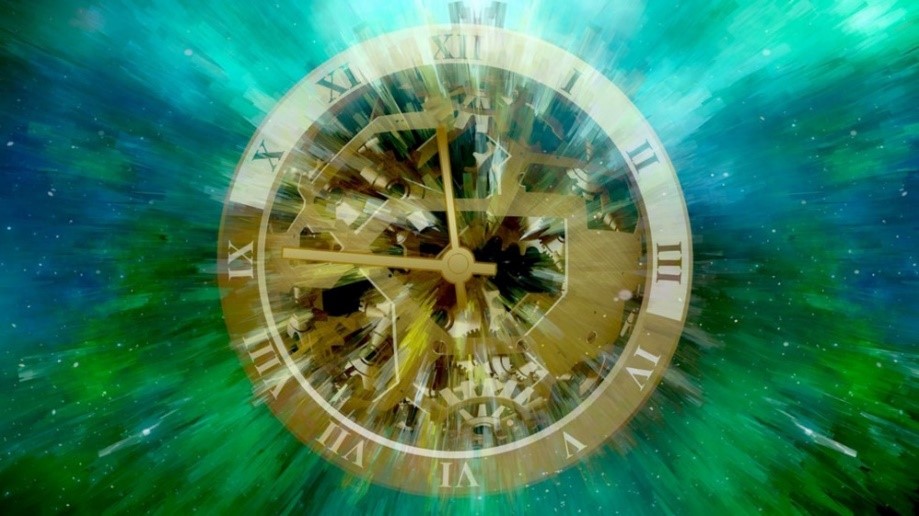 Credit: Paul Ratner, “Is our World a Machine?” https://bigthink.com/culture-religion/is-our-world-a-machine-why-top-minds-supported-the-clockwork-universe-theory/

In this world, this place of both promise and pain, even good things will often have a down-side. Thinking about the Winter Solstice makes this clear. What is it? Is it just a point on a graph? Is it, properly speaking, meaningless, apart from what people impute to it? Is its significance purely part of the world of nature and climate? But aren’t we part of that world? So if we understand the laws of nature better, but lose sight of how our ancestors signified the life-and-death aspect of the Winter Solstice, are we not therefore impoverished?

It’s not just that they were farmers, and desperately needed to know that the sun would return. The hoopla over the Winter Solstice speaks to an important component of our ancestors’ consciousness. In earlier days, people saw the cosmos as an order that required God’s active maintenance— (This, by the way, is true, but not in the way that our ancestors imagined.) They did not yet have the idea of universal and impersonal laws of nature. That idea only emerged as part of the revolution in consciousness that defines the modern western world. For our pre-modern forebearers, even if the sunrise was calculable and predictable, in another sense, every day, it remained a miracle. As we say, in the words of the siddur, “ha-m’chadesh b’tuvo b’khol yom tamid ma’aseh v’reishith—In goodness, God renews, daily, the work of Creation.”

The great success of the scientific mindset in helping us gain a measure of mastery over nature, and therefore an unprecedented degree of population growth, of longevity, and of material comfort, brought about an important psychological shift. We began to see the cosmos as a machine. Since the vanguard science in the scientific revolution had been astronomy, the science most closely connected to calendar construction, and since mechanical clocks were among the engineering marvels of the Early Modern Era, the image of the universe as a clock became popular.

A clock, however, is inanimate, no matter how prettily its cuckoos sing upon tolling the hour. You can’t have a real relationship with the mechanical villagers or animals who come out of the clock, perform their pirouettes and go back into the housing again.

If the cosmos is most popularly thought of as a machine, then what do we do about the parts of life that resist mechanization? Can thinking about the cosmos as a machine give us a platform for handing problems of the messy irrationalism of so much of human affairs? Can a machine be the paradigm for understanding love? Altruism? Self-sacrifice? If the machine coheres with the head, but not with the heart, what do we do about that? Don’t we also need the virtues of the heart to live meaningful lives? 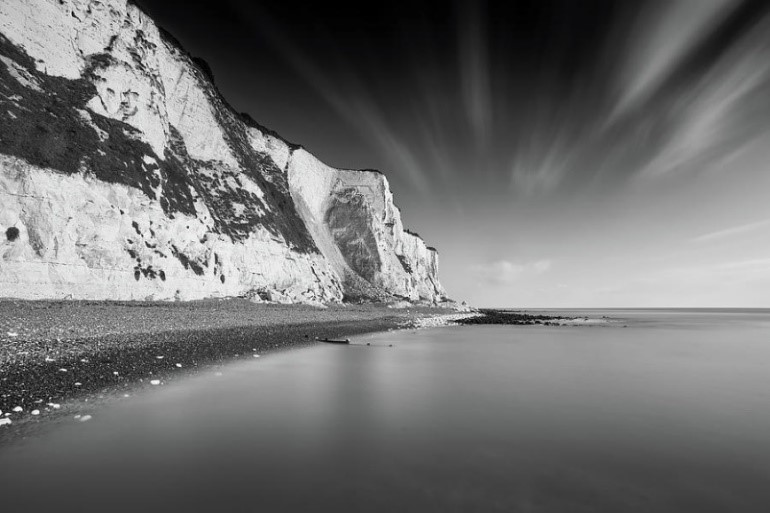 In the 19th century, it was popular—in some circles—to claim that religion was on the retreat in “Enlightened Society” and would soon be extinct, as science solved the last remaining problems of humankind. Others lamented that imminent extinction, but they, too, were sure that the death of religion was coming. Thus, in 1867, in his celebrated poem, Dover Beach, Matthew Arnold sang:

The sea of faith
Was once, too, at the full, and round earth's shore
Lay like the folds of a bright girdle furl'd.
But now I only hear
Its melancholy, long, withdrawing roar,
Retreating, to the breath
Of the night-wind, down the vast edges drear
And naked shingles of the world.

Ah, love, let us be true To one another! for the world which seems
To lie before us like a land of dreams,
So various, so beautiful, so new,
Hath really neither joy, nor love, nor light,
Nor certitude, nor peace, nor help for pain;
And we are here as on a darkling plain
Swept with confused alarms of struggle and flight,
Where ignorant armies clash by night.

Perhaps, today, we would have given Matthew Arnold Prozac, and the world would have been deprived of his beautiful if depressive meditations.

Arnold was right, in seeing that people hurt each other when they banish the realm of spirit for a world hemmed in by purely materialistic concerns. But Arnold was wrong in thinking that a soul-less view of the world was destined to dominate all of consciousness. After every retreating tide, it is natural for the water to advance again. After every diminution of the sunlight, the days will again grow longer. This is also true of the life of the mind. The mechanistic and deterministic straitjacket of the world picture of Classical Physics proved to be not complete, even in science, and more fundamentally, the power of the mechanistic world picture to be a description of all of life was seen to be much overstated. 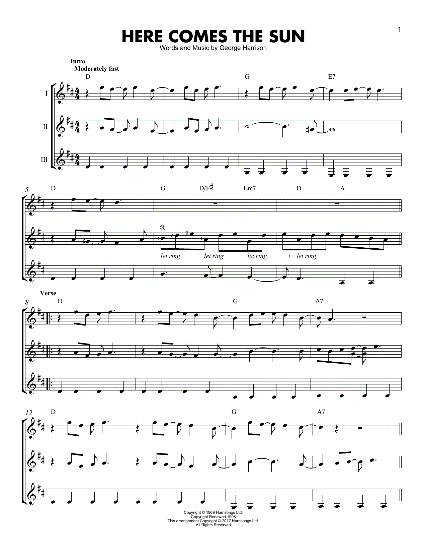 While not a great poet, in the academic canon, an artist living a century after Arnold has been listened to and sung by a vastly greater number of enthusiasts. That is George Harrison, of the Beatles. In April 1969, while going through difficult days with the singing group, he “played hooky” for a day and, instead of going to the studio and meeting with accountants, he traipsed through the garden of his friend Eric Clapton. While there, he began composing what became the song, “Here Comes the Sun.” Where did his inspiration come from? Meteorological records show that February and March 1969, were dreary months, even by English standards, but that April set records for bright, sunny days. Or perhaps, Harrison was seeing a different kind of sun coming. Between his use of mind-bending drugs and his involvement in the Hindu religious way — which contains a notable tradition of sun-worship-- he may have been in a period of sun-focused meditation. In any case, consider the lyrics—you just might find yourself singing along! 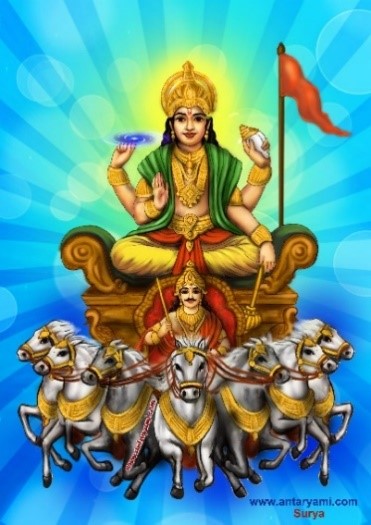 While the musical idiom of Harrison’s song is solidly mid-twentieth century popular music, the basic poetry could well have been an echo of some ancient, Druidic prayer at Stonehenge—or for that matter, anywhere in the world.

The universality of Harrison’s message hit a chord in its day. In 1969, the same year as the release of “Here Comes the Sun,” the musical band Fifth Dimension’s cover of the medley, “Aquarius—Let the sun shine in” from the 1967 musical, Hair, topped the pop singles chart in the USA for six weeks. Harrison’s song has worn well, too. At the inauguration of President Biden, Jon Bon Jovi performed the song as part of the medley, “Celebrating America.” As of August 2021, it has been played on Spotify over 700 million times.

The song title has also inspired artistic expressions in other media. In the Balearic Islands, off the Mediterranean coast of Spain, the Morna International College uses that title for its mid-winter theater program. 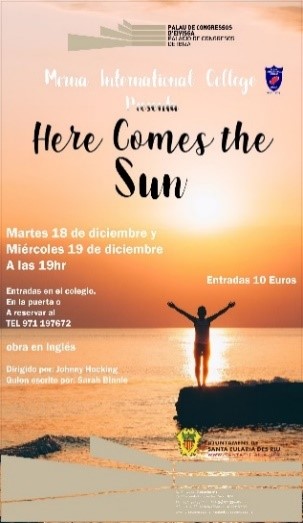 Back to Judaism: what we proclaimed in olden days, we can still proclaim, but with new levels of meaning. God is the ultimate cause of reality, of the universe, of ourselves. We can discern the regularities of behavior of the cosmos and describe these regularities as laws of nature. These regularities include the dance of the seasons, daylight growing shorter and then longer.

And when we are done describing the regularities of nature, there is still room for wonder. How wonderous—how wonderful—it is to be. It didn’t need to be so. There could have been nothing at all, except God. And perhaps, at some point, that will be so.

Before creation shaped the world,
Eternally God reigned alone,
But only with creation done,
Could God as Sovereign be known.
When all is ended, God alone
Will reign in awe-inspiring majesty.
God was, God is, always will be
Glorious in eternity. (“Adon Olam” hymn, first two stanzas)

But for now, we can observe, feel the gratitude, and offer the praise that reaffirms our relationship with the Source of All:

O bless the LORD my soul… You are very great
You spread the heavens like a tent cloth.
May the glory of the LORD endure forever
May the LORD rejoice in His works! (Psalm 104: 1-2, 31)