A CONFESSION OF AMBIVALENCE 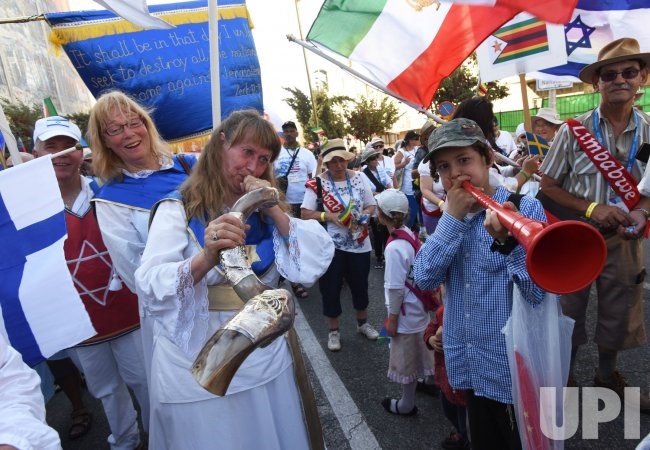 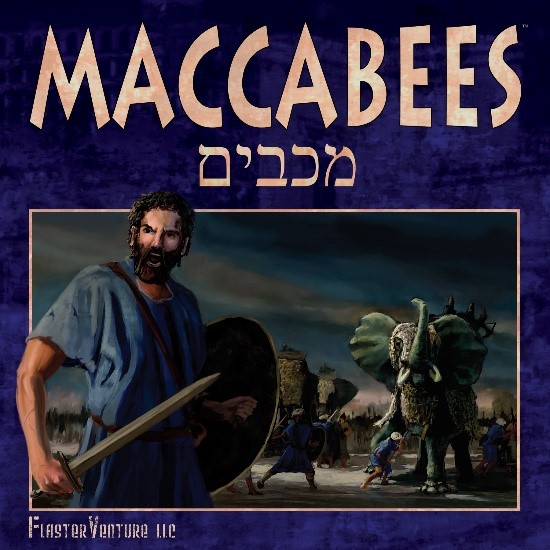 Illustrations: (Left) Evangelical Christians parading in Jerusalem, 2017, and sounding the shofar; (Right) Still from the 2011 Mel Gibson/Warner Brothers film project, “Judah Mac” Warner Brothers cancelled the project after receiving numerous complaints of the inappropriateness of having Gibson, a man who had made anti-Semitic statements, produce and direct a story about Judah Maccabee.

Rabbis like to offer answers and project an air of certainty. Since we convey religious wisdom, some of us are unwilling to show ambivalence, lest it lead to a weakening of trust in the tradition we serve.

But life is messy. Often, people have to decide whether the good outweighs the bad in a decision that partakes of both sides of the coin.

I confess this kind of ambivalence about the appropriation of Jewish religious symbols by Evangelical Christians. This has been stirring for a while, since I began to see ceremonial shofar blowing in Christian worship and at the Salute to Israel ceremony I attended a few years back, at Regent University. On the one hand, I genuinely appreciate the support for Israel shown by many in the Evangelical community. At a time when all too many in the Progressive camp have reflexively sided with anti-Israel forces, I feel that it would be folly to reject such support as beleaguered Israel has. On the other hand, I am uncomfortable with the conversionist form of the Christian faith espoused by these Evangelicals. The one group delegitimizes the Jewish body; the other group, the Jewish soul.

And so, I oscillate. When Israel is under attack, as happens again and again, I shelve my annoyance about the missionizing of pro-Zionist Christians. In the interludes between Arab attacks, the disrespect for Judaism implicit in the Evangelical campaign to make Christianity paramount in the American public square registers more heavily on me.

Now is such a time. I wrote last week about the “ReAwaken America” campaign, at which one of the speakers, Retired General Michael Flynn, called for America to become one faith, meaning an Evangelical Christian faith. Researching the ReAwaken America tour more fully, I have learned that one of the performers at the same rally was Amanda Grace, wearing her trademark tallit and sounding the shofar. She is the co-founder, along with her husband, of the Ark of Grace ministries, which combines animal welfare concern with promulgating prophetic claims. (The Rabbis would have said, yatza sekharo b’hefsedo, “its gain is cancelled by its loss.”) The content of her revelations is generally in line with the partisan claim of fraud in the 2020 elections. Her Christianity, instead of elevating the political sphere, is completely subservient to one political camp. Is it a wonder that I feel the tallit and the shofar to be sullied by their appropriation for these purposes?

I do not see a resolution to this situation. When our neighbors, the Messianics, come to our synagogue gift shop to shop for a shofar, I think it wrong to refuse to sell them one. We Jews have been on the “receiving end” of too many boycotts for me to want to take that route. And to whatever degree possible, I try to steer the relationship with our Christian neighbors into a path of mutual respect. The successes I can point to are comforting. Conversely, when I engage a local Christian congregation, belonging to a denomination that has unfairly employed double standards against Israel, I try to open a window of sympathy to the Zionist position, again, with some success. This two-front campaign will probably be necessary for as long as I can maintain it. And I will—but the constant damage control, on both Right and Left, produces a kind of whiplash.

And so, my prayer for such moments is simple. It is the last of the daily early morning benedictions: “Ha-noten la-ya’ef koach—Blessed are You, O LORD, our God, Ruler of the universe, Who gives strength to the weary.”