God’s Will for Us: A Government of Laws, not of Men 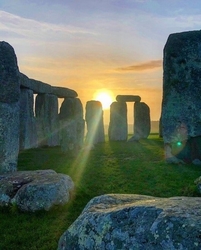 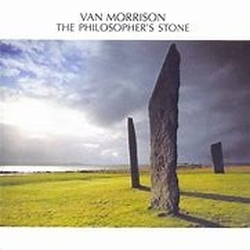 About 5,000 years ago, the Stone-Age inhabitants of Northern Scotland erected a set of standing stones in Stenness (“Stay-niss”). The stones are positioned to mark the rising and setting of the sun at the summer solstice.

What could have provided the motivation for people without power tools to undertake the massive effort of erecting those multi-ton monuments? And why was it so important for them to align them just so?

These stones are silent, yet eloquent, nonetheless. They bear witness to one of the hallmarks of human intelligence—the desire to find our bearings in the cosmos. They identify their builders as people who knew and appreciated the regularities of nature, and who responded to a compelling desire to orient their own activities in line with those regularities.

This knowledge and appreciation, and this regulation of behavior, is the business of religion. Religion explores our relationship to transcendence. It teaches us how to connect our time-bound selves to the timeless.

Imagine the excitement that accompanied the first discovery, by our pre-literate but no-less intelligent ancestors, that the sun doesn’t merely move across the sky, but that its path is somehow the secret of the year, of the growth cycle, of the existence of the plants and animals that sustain our own life! It is not surprising that such a discovery prompted ritual responses. British folklore researchers have chronicled the survivals of Celtic religious ceremonies still practiced at the Stennis stones in the 18th century.

Today, the religious appreciation of the solstice is not a major feature of Judaism. You see such appreciation in Wicca and associated neo-pagan systems. They have equinox and solstice festivals, reconstructed from ancient roots and spiced with a New Age flavor.

But does that mean that it is somehow un-Jewish to look for the spirituality to be found in the natural realm? That Jews should ignore the religious potential of the rhythms of nature and the harmonies of the celestial dance? Not at all: If we train ourselves to look for the spiritual appreciation of the natural in our own culture, it is easy to find. Our prayers contain the following lines, to be recited each month at the reappearance of the moon:

Praised are you, LORD our God, Ruler of the universe, whose word
created the heavens, whose breath created all that they contain.
Statutes and seasons God set for them, that they should not deviate
from their assigned tasks. Happily, gladly they do the will of their
Creator, Whose work is dependable.

What the Bible rejects is the worship of nature. But it does not reject the appreciation of nature, because creation is the handiwork of the creator.

Today, in our folly, industrial-strength humanity is not worshiping nature, but it is committing the sin of idolatry, nonetheless. People are worshiping themselves and placing their short-term conveniences ahead of the long-term health of the entire world. Today’s idolatry is not the particular form of idolatry that the Bible condemned, but it is no less idolatry, and therefore no less to be resisted. Today’s worship of the false god of human greed is actively destroying the life-sustaining balance within God’s world. We have attained the power to do immense harm to all life, but we have not employed the wisdom to restrain that power.

It is urgent that we make the sacrifices of lifestyle to allow God’s natural balances to heal. We can not overstate the danger of the course we are on. We are already past the point of having done grave damage. Now we have to change course, so that our children will somehow be able to withstand the damage that we are inflicting on the world.

We have just passed the summer solstice. There was a time when it reminded people of who they were. Try to regain the sense of creatureliness that it inspired in our distant ancestors. If you can, you will come to know that all living things are fellow creatures.

The Book of Psalms concludes with an acknowledgment that all of life is a praise of God. Let us live in such a fashion that we make the Psalmists’ words again come true: