Once Again, Praying for the Welfare of Israel 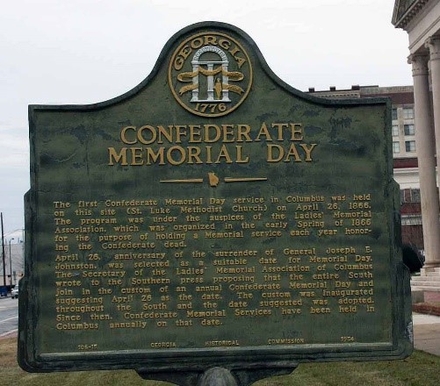 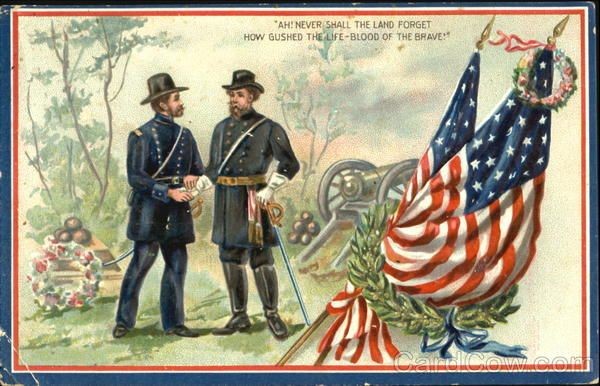 In the year since the murder of George Floyd, some of America’s unhealed wounds of racism have festered, while others have begun to heal. Part of the year’s history that belongs in the “healing column” is the successful removal of 160 Confederate monuments, place names and other symbols in public spaces.

Opponents of this campaign to end the honoring of Confederate leaders and soldiers argue that they are merely defending history from “cancel culture.” But there is a flaw in their argument. The monuments in question were not only about honoring dead soldiers. They were part of the campaign to create the mythology of the “Lost Cause”, a romanticized, revisionist reinterpretation of the actual history of the Civil War era. Those monuments were typically a product of the late 19th and 20th centuries. Two organizations, the Sons of Confederate Veterans and the United Daughters of the Confederacy, were largely responsible for the successful campaign to erect those monuments. They emphasized the motive of filial piety, the honoring of their fathers and grandfathers, who had fought in the armies of the Confederacy. They insisted on the moral equality, (and perhaps privately, in the echo chambers of their own circles, the moral superiority,) of Johnny Reb to Billy Yank. They denied that the secession was about slavery, insisting instead that it was about States’ Rights, a wonderfully vague notion until you realize that the most fundamental States’ Right being defended was precisely the right to regard humans of dark skin as subhuman, fit to be treated as property. They pointed to the fact that their own pappies were likely not to have been slaveowners, ignoring the widespread attitude among Whites, slaveholders and non-slaveholders alike, that the abolition of slavery was the opening wedge to integration and, most horrifying of all, miscegenation.

The issue was not confusing to anyone during the war itself. Most of the Southern States stated in their proclamations of secession that the preservation of the institution of slavery was their central motive. Typical in this regard is the proclamation of South Carolina, from December 1860:

…an increasing hostility on the part of the non-slaveholding States to the institution of slavery, has led to a disregard of their obligations…[to] the Constitution... Thus, the constituted compact [among the States] has been deliberately broken and disregarded by the non-slaveholding States, and the consequence follows that South Carolina is released from her obligation.

Despite the genuine history of the Civil War Era, the mood of White Americans after the end of Reconstruction was such that the papering over of the actual issue dividing slave-owning from abolitionist states could be conveniently overlooked. All our fathers were brave, so let us honor them all equally.

If it were as benign as that, one could pardon the movement. But it was not benign. It was about maintaining and tightening the noose of segregation. Those who challenged it were liable to be maimed and killed, by burning, slashing, and by the actual noose.

Nor did this pass out of the American imagination. There is a straight line between the symbolic noose of racism, the actual noose of lynching by the Klan and others, from the era of Reconstruction through the time of Jim Crow, and the noose displayed by the Capitol Hill rioters on January 6, 2021.

Despite the anger of those waving the Stars and Bars today, the overt symbols of racism connected to the Civil War are in retreat as we approach Memorial Day this year. That is certainly one effect of the upwelling of righteous indignation after the murder of George Floyd.

Granted, then, that the monuments were not simply about preserving memory as much as about preserving the supremacy of Whites over Blacks. But what of the task itself, the quest to preserve memory? Is it automatically a good thing because it is motivated by filial piety?

When the question is posed in this fashion, the answer should be clear.

Judaism teaches us that there is a governing framework to remembering. It is not automatically self-justifying. We are taught to remember for a purpose, in line with core values:

Remember what Amalek did to you, when you were leaving Egypt. We remember in order to honor the victims of bigotry, and to be on guard against renewed attempts to victimize us, such as are taking place right now.

Do not oppress a stranger in your gates and remember that you were slaves in Egypt. We remember in order to cultivate a sense of empathy for those who are disadvantaged today, as we ourselves were disadvantaged yesterday.

Ask your father, and he will tell you; your elders, and they will declare, that God found us in the howling wasteland of the Wilderness and guarded us as His treasure. Most basically, we remember because in our national memories lie our connections to our God, and the most basic motivations for following God’s good guidance.