MANY REASONS TO MASK UP 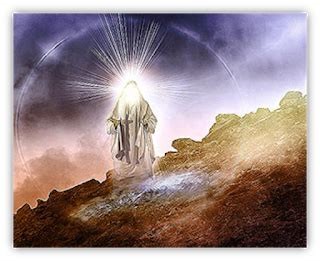 We wear several masks, each mask for a different reason. Your surgical mask and your Purim mask answer different needs.

What about the converse—could the one and the same mask worn by one person—Moses—have served more than one purpose?

Yesterday, we explored the biblical statement about the transformation of Moses as a result of his encounter with God atop Mt. Sinai. His face began to shine, frightening those who saw him. Afterwards, Moses wore a veil when in the presence of the Israelites, but took it off, even in their presence, to transmit to them the word of the LORD. The commentator Abraham ibn Ezra explained that Moses wanted the Israelites to see the radiance at that point so that they would accept his words as God’s and heed them.

But there are other explanations, as well: Perhaps Moses was trying to forestall an idolatrous reaction among the Israelites? Maybe he recognized their propensity for hero-worship? After all, they clamored for the Golden Calf precisely when Moses delayed coming down from the mountain. Seeing Moses as a shining being, every time they looked at him, could become a trap, leading the Israelites to consider him divine.

This is close to the explanation given by Rashi,. He put a veil over his face (Exodus 34:33) – “Moses put the veil over his face on account of the rays of majesty that radiated from it, so that the Israelites would not feast their eyes on them. He removed the veil when he was speaking with Israel, and also while God was communicating with him.”

Rashi’s interpretation, no less than Ibn Ezra’s, is relevant to our situation today. The Israelites were prone to idolatry, either a Golden Calf or even Moses himself. Today, in country after country, we see people succumbing to hero worship. Their chosen leader is above criticism. The greatness of Moses is that he resisted the temptation to play the hero. He put the veil on when he was not transmitting God’s words because he didn’t want the people to be seduced by the sight of him. Moses was teaching us not to put our faith in demagogues.

On the other hand, (how Tevye-like!) maybe the veil was not to keep the Israelites from losing themselves in idolatry; maybe it was to keep Moses from losing himself in the higher spiritual realms. This is the interpretation of the medieval Jewish philosopher, Rabbi Levi ben Gerson (Ralbag):

“He put a veil over his face-- That is, he tried to restore the barrier between him and the higher world long enough so that he could speak with Israel. This is the pinnacle of the miraculous. For anyone else, it would be difficult to withdraw into this world of the spirit; for Moses, it was difficult not to.…”

In Ralbag’s explanation, Moses realized that, as a human, he needed to remain grounded. Too many people have their minds in the gutter; Moses had his mind fixed on the highest heavens, which he had glimpsed more fully than any mortal. But he was a leader. As such, he needed to be able to engage practically with the people he was leading.… to connect, but not to pander; to lead, but not to mislead.

Judaism teaches us that leadership demands humility. Despite their differences, Rashi and Ralbag are in agreement on that point.

Leaders: be humble. Citizens: retain your critical judgment. All of us are under God and God’s Law.