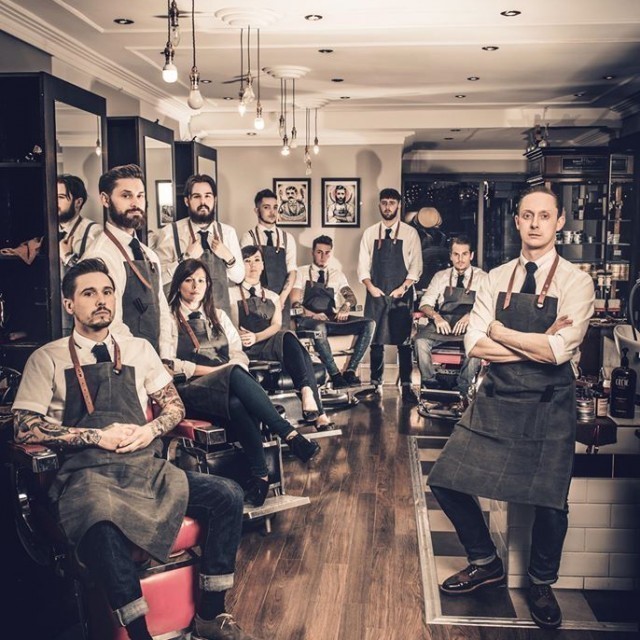 In traditional Jewish circles, men typically wear their hair cut short. It is not surprising, therefore, to see full barbershops. But the barbershops are empty at two seasons: the first month after Passover, and the three weeks leading up to the 9th of Av, in the summer. Therefore, sometimes one of those periods is the annual vacation for the barbers.

In each case, the pious do not patronize their barbers because the religion mandates a period of semi-mourning. For the same reason, weddings are prohibited during those time spans.

The connection between mourning and not cutting one’s hair needs explication. The mourner avoids grooming for the first 30 days following the funeral of a close relative. This is understood to be an expression of grief. Because he is consumed with loss, the mourner does not expend energy on self-presentation.

Why are these two calendar periods considered times of mourning? The “three weeks” are based on the historical loss of the Temple. The attacking enemy breached the walls of Jerusalem on the 17th of Tammuz, and after three weeks of street to street fighting, destroyed the Temple itself on the 9th of Av.

Was it a similar loss, occasioning a similar practice of mourning, that gave rise to the ‘Omer restrictions? This is the traditional theory. It is based on a reminiscence preserved in the Talmud:

Rabbi Yehoshua says: If a man married a woman in his youth, and she passed away, he should marry another woman in his old age. If he had children in his youth, he should have more children in his old age, as it is stated: “In the morning sow your seed, and in the evening do not withhold your hand; for you do not know which shall prosper, whether this or that, or whether they both alike shall be good” (Ecclesiastes 11:6). This verse indicates that a man should continue having children even after he has fulfilled the mitzva to be fruitful and multiply. Rabbi Akiva says that the verse should be understood as follows: If one studied Torah in his youth he should study more Torah in his old age; if he had students in his youth he should have additional students in his old age, as it is stated: “In the morning sow your seed, etc.” They said by way of example that Rabbi Akiva had twelve thousand pairs of students in an area of land that stretched from Gevat to Antipatris in Judea, and they all died in one period of time, because they did not treat each other with respect. And the world was desolate of Torah until Rabbi Akiva came to our Rabbis in the South and taught his Torah to them. This second group of disciples consisted of Rabbi Meir, Rabbi Yehuda, Rabbi Yosei, Rabbi Shimon, and Rabbi Elazar ben Shamua. And these are the very ones who upheld the study of Torah at that time. Although Rabbi Akiva’s earlier students did not survive, his later disciples were able to transmit the Torah to future generations. With regard to the twelve thousand pairs of Rabbi Akiva’s students, the Gemara adds: It is taught that all of them died in the period from Passover until Shavuot. (Babylonian Talmud, Tractate Yevamot, 62b).

We could veer off into a long theological discussion here. Let’s just say that part of the Rabbinic toolkit is to deal with the catastrophes of life by reasserting God’s control, even at the expense of framing losses as punishments. The Bible sometimes upholds that view, but also challenges it. After all, the three “friends” of Job, who stand for that viewpoint, are ultimately chastised. God tells Job that bad things do happen to good people. Loss is not always punishment.

Theological problems aside, one wonders if this might be an ex-post facto rationalization of an older belief. Are there other cultures where weddings and grooming are avoided at certain times? The key to the riddle is that Shavuot was originally the wheat harvest festival, and once again became an agricultural festival on the 20th-century Israeli kibbutz.

The wheat is ripe for harvest in June, whether the farmer is Jewish or Gentile. These ancient farming traditions long ante-date Judaism. That is where we will find the true basis of the ‘Omer restrictions and their relaxation on the 33rd day of the ‘Omer.

In many pre-industrial societies, it was traditional to observe some “Lent”-type restrictions in the period prior to the harvest. The Jewish folk-lore scholar, Theodore Herzl Gaster, made this point: The true explanation is found in the universal custom of regarding the days or weeks preceding the harvest and the opening of the agricultural year as a time when the corporate life of the community is… in eclipse, one lease of it now drawing to a close and the next being not yet assured. This state of suspended animation is expressed by fasts and austerities and by a curtailment of all normal activities.

Gaster collected quite a few folk customs following this theme. Roman popular custom frowned upon May weddings but favored June weddings. (That is the basis of the still-enduring wish to be “a June bride.”) In the English North Country, they used to rhyme, “Marry in May/ rue for aye.” This custom showed up in parts of Germany and even in Kentucky as late as 1920.

By extension, we should look for folk customs underlying the relaxation of the mourning on the 33rd day of the Omer (Lag B’Omer). Here, the traditional explanation is suspect on inner-Jewish grounds. We are bidden to mourn the dead for seven days, and then less intensely for the balance of 30 days. If the students of Rabbi Akiva were truly still dying on the 32nd day of the Omer, it would have been appropriate to wait for 7 or even 30 days before contracting weddings, rather than to have held weddings on the 33rd day of the Omer.

Going back to the agricultural substrate of our Jewish religion, we see that Lag B’Omer, with its resumption of haircuts, i.e. grooming for celebratory purposes, and weddings, i.e. the ultimate celebration, is a Jewish version of the European May Day festival. On May Day morning, it was the country custom in Germany to go out into the woods and shoot arrows. The superstitious explanation was that the arrows would chase away demons and evil spirits. Likewise, in ancient Celtic tradition, May Day was a time for bonfires. Modern Wiccans still observe this custom in their “Beltane” festival on May 1. These two customs: going to the woods and shooting arrows, and building bonfires, are precisely the customs associated with Lag B’Omer.

Gaster sums up the relationship of Judaism with the pagan practices it borrowed quite succinctly: “Judaism has molded ancient clay into new shapes.” This insight lets us read the Talmudic account more sympathetically. The Rabbis were faced with popular customs that had no Biblical warrant. Fighting against the customs was a hopeless proposition. Rather, the Rabbis subsumed the customs into their own world view. The story of Rabbi Akiva’s students is marshalled, albeit grimly, as a powerful lesson in respecting one’s fellows.

The Rabbis were leading the Jewish world in the task of reconstruction after the devastation wrought by the Romans. Their teaching about the ‘Omer conveys a truth that is more enduring than their historical fancies: If we are going to come back after tragedy and loss, we have to create a circle of peace in our own community. That will be the basis of healing.