WALKING AWAY FROM AN EVIL ASSEMBLY 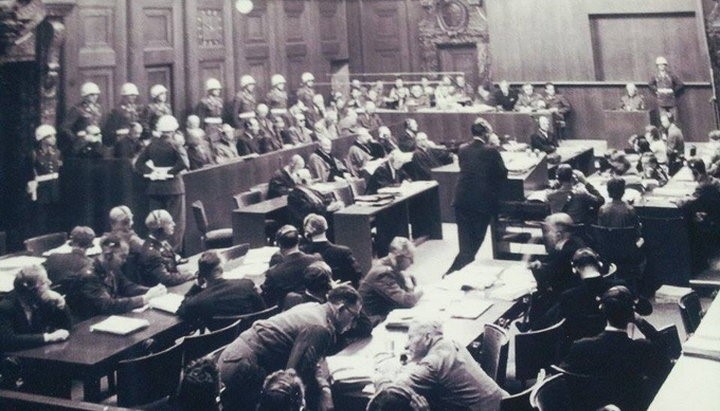 The Biblical “good guy” you probably never heard of was On son of Peleth, of the tribe of Reuben. He wasn’t good because he was always good. He was good because at a critical time, he decided not to be bad anymore.

We will return to his story shortly. But first, let’s think about good and evil in the course of real people’s lives.

People don’t decide to be good or bad once and for all time. They make that decision over and over again.

It follows that someone can be good today and become evil tomorrow.

A famous interpretation of the opening words of the Book of Psalms makes this very point. The Psalm text makes what may seem to be the same point, using poetic repetition. But the rabbinic tradition of reaching each word and clause of the Bible as having the potential to teach new lessons saw this verse and extracted value-added information from it: “Happy is the man who has not walked in the counsel of the wicked/ nor stood with sinners in their path/ nor sat in the seat of the insolent.” The Rabbis expounded this verse as a progression. First, a person walks in the same direction as the wicked. Then, standing still, he finds himself more habituated to being with them. Finally, seated, he is immobilized and indistinguishable from them.

The converse is also true. A person, having chosen the path of the wicked, can still change course. That is the essence of repentance. Judaism prizes repentance as the virtue that allows fallible people to remain in relationship with the Infinite God.

What makes a person disassociate from evil doers? It depends on how much moral courage that person has. The run of the mill individual, not distinguished by moral courage, will disassociate from evil when the evil has been defeated, or at least, when the evil is clearly seen to be on the road to defeat. To break with evil leaders when they are still capable of wielding power is a sign of greater courage. Sometimes it leads to martyrdom. True courage is costly.

After World War II, the victorious western Allies attempted to de-Nazify German society. Unfortunately, the pressures of getting West Germany on its feet in the midst of the Cold War hollowed out that process. Many monstrous criminals and untold numbers of low-level Nazis escaped the porous net of partial justice. But at first, the attempt was earnest. Unlike the Soviets, in the East, who replaced Nazi totalitarianism with a Communist version, the Western democracies tried to distinguish the enthusiastic supporters from the minimally involved and regenerate a free, healthy society.

The Jewish philosopher, Martin Buber, likewise found the forgiveness in his soul to address the German nation in nuanced terms. In Germany in 1953 to accept the Peace Prize awarded by the German Book Trade, Buber addressed an audience of tens of thousands, including Theodor Heuss, president of the West German Republic. Buber’s words deserve to be reproduced unabridged:

“When I think of the German people of the days of Auschwitz and Treblinka, I behold, first of all, the great many who knew that the monstrous event was taking place and did not oppose it. But my heart, which is acquainted with the weakness of men, refuses to condemn my neighbor for not prevailing upon himself to become a martyr. Next there emerges before me the mass of those who remained ignorant of what was withheld from the German public and who did not try to discover what reality lay behind the rumors which were circulating. When I have these men in mind, I am gripped by the thought of the anxiety, likewise well know to me, of the human creature before a truth which he fears he cannot face. But finally there appears before me, from reliable reports, some who have become as familiar to me by sight, action and voice as if they were friends, those who refused to carry out the orders and suffered death or put themselves to death, and those who learned what was taking place and opposed it and were put to death, or those who learned what was taking place and because they could do nothing to stop it killed themselves. I see these men very near before me in that especial intimacy which binds us at times to the dead and to them alone. Reverence and love for these Germans now fills my heart.”

Today, we see some of our own countrymen belatedly disassociating themselves from institutionalized racism. Others, albeit not as many, alas, are walking away from the seduction of xenophobia that had captured them for evil.

But ultimately, it’s for God to decide whether a person’s rehabilitation was sincere or not, was timely or not, was or was not adequate to establish a positive Heavenly verdict on the life that person has lived. It is our task to encourage those who are leaving evildoing behind to continue along that good path.
- - - - - - - -
With these thoughts in mind, let us return to the scarcely remembered On son of Peleth. He is listed in Numbers 16:1 as one of the leading associates of Dathan and Aviram, the Reubenites and Korach, the Levite, in their rebellion against Moses. That’s quite a rogue’s gallery with whom to be associated! But then, On disappears from the story completely. We never hear of him again. What happened to him?

Modern Bible scholars speculate that the name “On son of Peleth” is actually a scribal mistake, and they try to reconstruct the actual name in various ways. They may or may not be correct. I am emotionally drawn to the other approach, that exemplified by the midrash. Taking the notice in Numbers 16:1 as accurate, the Rabbis then ask why this one co-conspirator disappeared. Their answer—a lovely answer!—is that his wife saved him. Mind you, there is absolutely no textual hint in the Bible for this. It is a free rabbinic invention; but an inspired one. Enjoy their midrash:

Rav says: On, son of Peleth, did not repent on his own; rather, his wife saved him. She said to him: What is the difference to you? If this Master, Moses, is the great one, you are the student. And if this Master, Korah, is the great one, you are the student. Why are you involving yourself in this matter? On said to her: What shall I do? I was one of those who took counsel and I took an oath with them that I would be with them. She said to him: I know that the entire assembly is holy, as it is written: “For all the assembly is holy” (Numbers 16:3), and they observe the restrictions of modesty. She said to him: Sit, for I will save you. She gave him wine to drink and caused him to become drunk and laid him on a bed inside their tent. She sat at the entrance of the tent and exposed her hair as though she were bathing. Anyone who came and saw her stepped back. In the meantime the assembly of Korah was swallowed into the ground, and On, son of Peleth, was spared.

In the Rabbis’ eyes, On was no great moral exemplar. But at the crucial time, he did not stand with the wicked, so he was spared.

Ringo Starr sang that he got by with a little help from his friends. On ben Peleth got by with a little help from his wife. West Germany in the 1950’s got by with the help of some Germans themselves, notably, the younger generation of that country, who wanted not to be bad anymore. The challenge for you and me is to be the “little help” for the American next door—not an active racist, most likely, but perhaps someone who has been too comfortable with the institutional inequities of our society-- to get up from sitting among the wicked; to walk away from the spot where they are standing; and to chart a difference course from the one they follow. Help your neighbor to be a better person.

If you yourself are that neighbor, let the better people in your own neighborhood help you.