WHAT’S YOUR RATIONALE FOR SHABBAT REST? 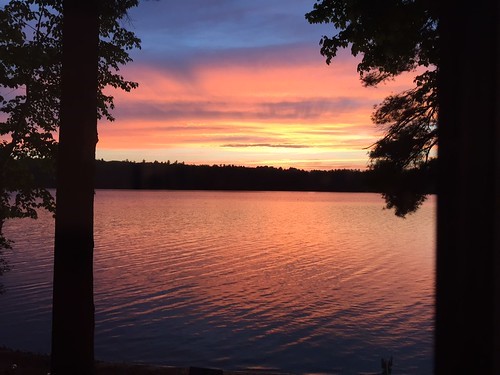 Problems can be good, because they can lead to creative solutions. There is a problem at the very heart of the Torah’s core story, the narrative of the Ten Pronouncements (less precisely but more widely known as. the Ten Commandments). The two versions of that set of Divine Words—the account in Exodus 20, and the apparent reiteration by Moses, 40 years later, in Deuteronomy 5-- don’t agree. Did God say one version, and Moses, the other? Did God say both? Do the differences mean that the verb “say”, when applied to God, means something different than its use in ordinary speech? These are good problems.

Aside from minor variations of wording, the biggest difference between the two versions of the Decalogue are the divergent rationales given for Shabbat rest. The Exodus version says that we need to rest on Shabbat because God rested after the Six Days of Creation, thereby sanctifying the seventh day. The Deuteronomy version says that we need to rest because God took us out of Egypt (where we had no rest). Both rationales are valuable, but why is there a difference? How can there even be a difference? What can the difference teach us?

Following this lead, we could fruitfully ask why the Exodus account stresses the creation story whereas the Deuteronomy account stresses the Exodus. I would surmise that there was no need to remind the Israelites of the Exodus that had occurred only three months previously, but there was an urgent need to explain to them that it was possible for them to relate to the unseen God. They had been immersed in Egyptian culture, where every god and goddess had an image. It was likely that Israelite artisans had fashioned those very images. The God of their tradition was beyond imagery. How could they relate to such a god? The Shabbat provides an answer. When you rest on the seventh day, you are emulating the norm-creating behavior of God. The Shabbat is our answer to idols and gods incarnate in tyrannical Pharaohs.

The issue of greatest moment for the next generation of Israelites was quite different. They had been raised in the freedom of the Wilderness. No overseer’s lash had scarred their backs or their souls. They had been emancipated from the corrupting influence of an idolatrous environment. But they did not carry within them the formative knowledge that they, themselves, had been freed. That was a history lesson for them, not the foundational lesson of their own lives. I believe that this analysis helps us understand why Moses substituted a rationale for Shabbat rest that would speak to the new generation. But this does not close the matter. Once there can be a second rationale, why stop there? In principle, the commandments, issued from the Infinite One, could be explained through any number of rationales.

New rationales become persuasive when historical conditions of life change. In the 19th century, the era of industrialization, the Orthodox rabbi, Samson Raphael Hirsch, offered a rationale for Shabbat rest in terms of desisting from the un-natural, i.e. the fruit of human technology. A century later, in 1950, the neo-Hasidic theologian, Abraham Joshua Heschel, developed that theme in his lyrical monograph, The Sabbath: Its Meaning for Modern Man. Heschel spoke of “building a palace in time” by means of Sabbath observance, a wonderful image that, I suspect, capitalized on the great popular interest in Albert Einstein’s Theory of Relativity, which correlated space and time. A generation later, the growth of the environmental protection movement gave us a more focused “back to Nature” appreciation for Shabbat, and most recently, the tyranny of “helpful” electronic devices gave us the rationale of “Shabbat unplugged”, a time to loosen the tethers of telecommunications technology. Today, we may need “Zoom” to be able to celebrate Shabbat communally, but we should be careful not to lose the essential difference between ordinary days and the extraordinary nature of Shabbat day. That, after all, is the common thread of all the rationales.

This brings us to our contemporary situation. What is your rationale for Shabbat rest? Or, to take the matter to its logical conclusion, what are your rationales for Shabbat rest? It is kosher for you to have different rationales at different stages of life. The waged worker, on a fixed schedule set by an employer, may well have a different rationale than the retiree. It is likewise kosher for your rationale(s) to differ from your neighbor’s, so long as each one works on your soul to lead you to live in line with God’s covenant, ideally, both joyfully and respectfully.

Think about it, then: What are your rationales for Shabbat rest? Do you need new ones? Do you need to recommit to old ones?

One thing is certain: Shabbat is God’s gift to society. Your life will be better if and when you make this gift part of your pattern of life.