GETTING IT RIGHT THE SECOND TIME 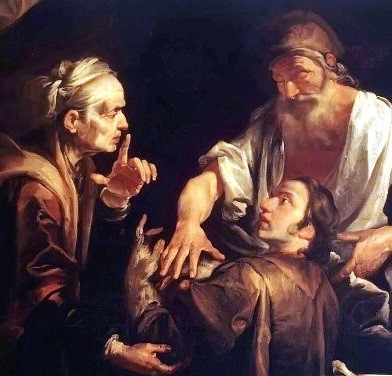 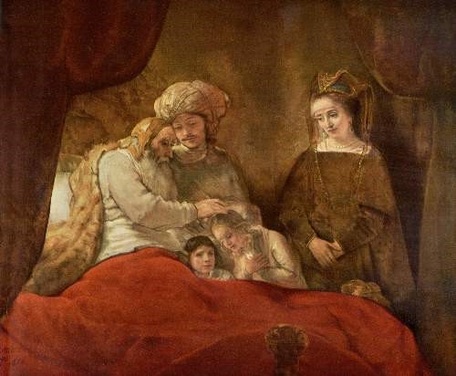 Genesis is a book about trying and trying again. God creates humans; they fill the earth with violence; God wipes out humanity in the Deluge, sparing only Noach and family; and then, God decides to go about it a different way, giving people laws by which to keep their evil inclinations in check. With Nimrod and the rise of the Mesopotamian city-state, God is still dissatisfied, so God calls out Abram, to make a fresh start and to model a better way of living.

As the book nears its conclusion, we are treated to a striking re-do. Jacob, old and vision-impaired, gives his blessing to Joseph’s sons, Ephraim, the younger and Menasheh, the older. He blesses them both but gives his preeminent blessing to the younger one. When did that happen before? Isaac, also sightless, did that, too, but in a very different way.

Jacob is the link between the two episodes, receiving blessing in the first and bestowing it in the second tale. He received his blessing shamefully, by subterfuge, literally robbing his father blind. He wronged his brother, Esau, too, thereby setting in motion a tragic chain of events whose consequences darkened Jacob’s own life.

The Biblical narrative of Jacob makes clear what the authors think about such ill-gotten gains. Jacob’s life was one set-back after another. Even when his eyes were functioning, he was situationally blind. Gain by subterfuge, and you will lose by subterfuge. Jacob was confronted by that lesson at the first light of dawn after his wedding night, when—behold! —the woman he had wedded turned out to be Leah, not his intended, Rachel. He had the tables turned on him again when his sons asked him to identify the bloody tunic, and he jumped to the mistaken conclusion that Joseph had been killed by a wild animal.

But Jacob/Israel finally gets to Egypt and enjoys 17 years of apparent contentment. The years there obviously did him some good. Upon first arriving in Egypt, Jacob’s reply to Pharaoh’s polite inquiry revealed the Patriarch’s bitterness. He characterized his years as few and bad (Gen. 47:9) But at the end of his life, we find Jacob in a contented frame of mind, speaking of God’s angel as having rescued him from all harm (Gen. 48:16).

From this better place, Jacob delivers his blessing. In this second iteration of the deathbed-blessing scene, sightlessness is not an incapacity. Jacob may not immediately recognize the two lads whom Joseph has brought into the sickroom (Genesis 48:8), but he is gifted with insight—an insight remembered by the Jewish tradition as prophetic. Jacob foresees that the tribe of Ephraim will eclipse that of Menasheh, as happened much later in Biblical history (perhaps a clue as to the lengthy process by which the story of the blessing reached the form we encounter in the Bible?!)

Most instructive is the difference in the dynamic of father and son. As father, Isaac was perplexed and victimized; as son, Jacob was grasping. But as father, Jacob is sure-handed and masterful; as son, Joseph is disappointed but obedient. There is mystery in Jacob’s preference for the younger over the older, but there is nothing sinful. The era of the family has finally reached a stable point, and “Israel” is ready to grow into a nation.

Genesis ends with a sense of people having learned from mistakes. That is important, because greater challenges are about to come. Stay tuned for Exodus…

Isn’t that true for us, facing the third decade of the 21st century?